Our websites use the analysis software Piwik for the statistical evaluation of visitor access.
Ok Learn more 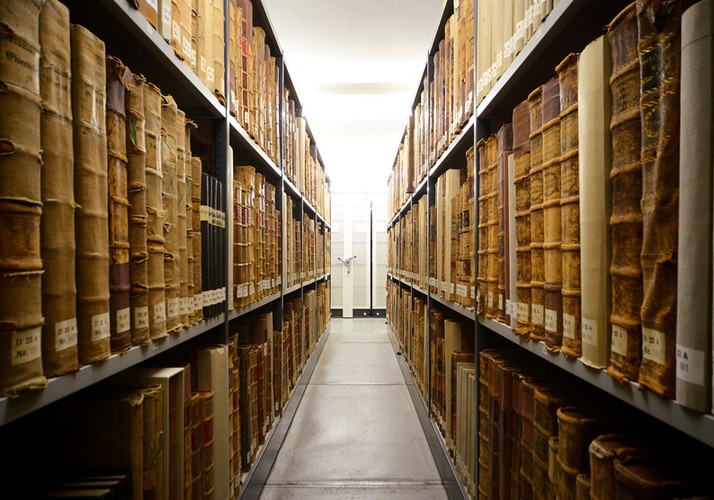 The Department Ostwestfalen-Lippe is the central contact point for historic research concerning the region of East Westphalia-Lippe and for complete Westphalian genealogy.

Its roots originate in the former Lippischen Landesarchiv existing since the Middle Ages. In 1947 the previously independent Province of Lippe was integrated into the State of North Rhine Westphalia. Connected to this was establishment of the administrative district of Detmold resulting from the merging of Lippe with the former Prussian administrative district of Minden. Initially the archive was responsible for the new government, but its authority was expanded in 1955 to all state offices and authorities in the administrative district. In 1957 it became the third state archive in North Rhine Westphalia, following Düsseldorf and Münster.

The state archive was able to relocate to a newly constructed specialist building in 1963 that also enabled correct storage of the archive holdings. The building was then able to accommodate the files of state authorities from the former administrative district of Minden from 1816 onwards that were previously stored by the Münster state archive. The Detmold building became a twin archive in 1964: by being incorporated into the newly established Westfalen-Lippe civil status archive it experienced a significant expansion. Since that time Detmold is also a popular reception point for family researchers.

In terms of time the archives cover almost 800 years of East Westphalia-Lippe history and range from the Middle Ages to our times. They are structured into four main groups:

Province of Lippe
The former Lippe state archive forms the core of today's Abteilung Ostwestfalen-Lippe. The administrative developments of a minor German state are almost completely documented since the end of the 15th century, from the lowest levels to ministerial levels and the judiciary. The oldest document dates from the year 1207 and comes from the records of monasteries dissolved in Lippe in the Reformation. The archive also contains the Lippe parliament archives, the files of the court authorities and Reich Governor for Lippe and Schaumburg-Lippe, the archive of the Westphalian ducal college and the Superior Court of Justice files. With the files of the NSDAP district authorities of Lemgo, Detmold and Lippe, the LAV also has extensive records from the otherwise poorly-documented intermediary authority between district and local group administration.

Government of Minden and Detmold
The Minden archives also contain the files of the Minden Prussian Government as well as all administrative and judiciary authorities situated in this district. Records begin in 1816 and end in 1947. These also partly include files from the district, authority and local community administrations. Documents from national authorities and facilities that continued to exist after 1947 or were newly established form the latest group of documents, the "Government District of Detmold". Also contained are documents from police authorities, the judiciary and health- and social administration as well as files from the national authorities such as the financial and labour administration. Maps and plans supplement these records. The sources are regularly enhanced by accepting records from authorities.

Collections
The Abteilung Ostwestfalen-Lippe maintains and fosters its collections in order to supplement the national stocks of the archive. This work includes the bequests of important personalities, pictures of persons, buildings and events, posters and pamphlets. Archives from associations and companies are also accepted that have importance for the region. The private nobility archives in Lippe are also housed by the Abteilung Ostwestfalen-Lippe.

Free parking space behind the building

From Detmold railway station: Bus routes 702 (Meiersfeld), 772 (Barntrup or Blomberg ) and 780 (Horn-Bad Meinberg) to the Leopoldinum bus stop.
Route 707 travels hourly direct to the Rosenstraße stop.
It takes approximately 25 minutes by foot from the railway station through the town. 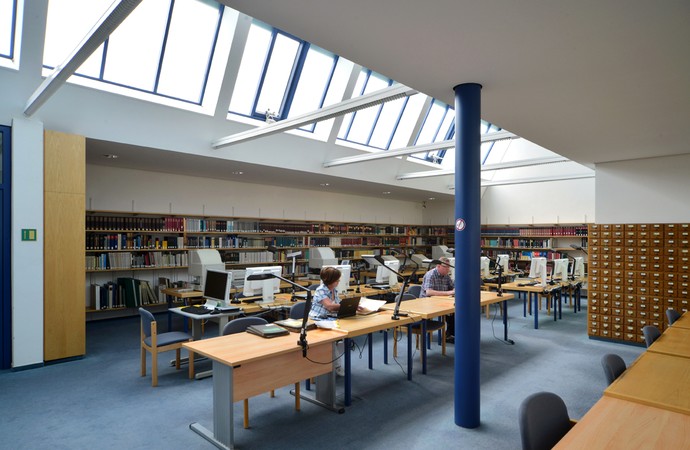 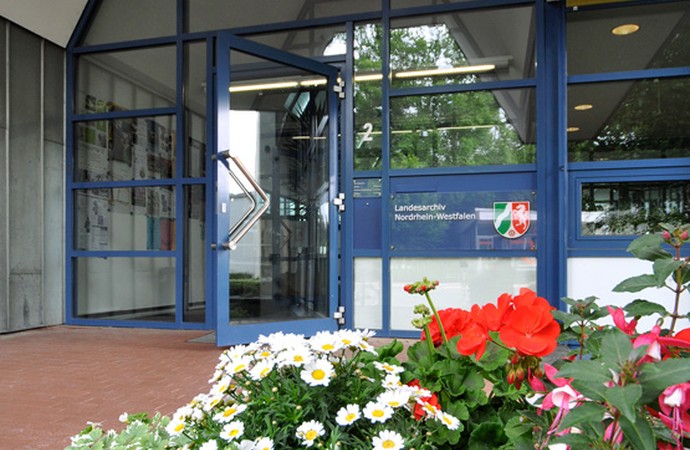