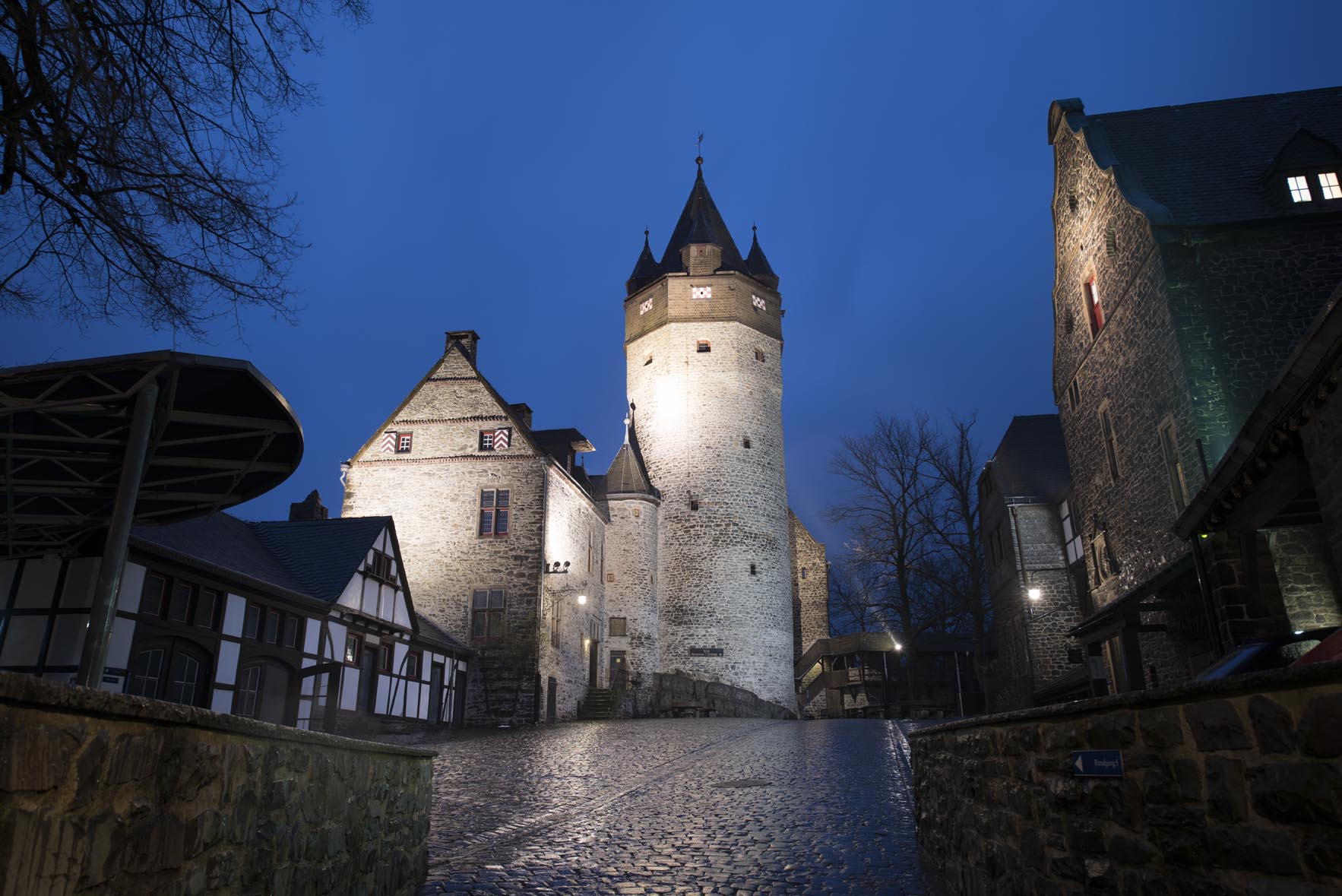 closed on Mondays except public holidays,

"Langer Kamp" car park, from there on foot without barriers until the infotainment elevator (fee required) in the pedestrian zone or the steep Fritz-Thomée-Straße up to the castle

One of Germany’s most attractive castles on a hill thrones above the old wire-processing town of Altena. In the 12th century the Counts of Altena-Mark founded their family castle to protect the regional iron industry. Following a chequered history, Burg Altena was "built up again" from 1907 to 1915. Since 1914 the memorial with national significance has been the headquarters of the world's first permanent youth hostel, and since 1915 also the nationally important museum of the County of Mark founded in 1875; with its focus on the Middle Ages and Early Modern era it is the oldest regional-historical collection in Westphalia. It gained a new, contemporary concept in the year 2000. The museum, in the trusteeship of Märkischer Kreis district, documents the history of Markish Sauerland.

Duke John William died in 1609. The County of Mark was passed to Brandenburg via his niece, Anna. In 1618 after the death of her father, the Duchy of Prussia then followed that was decisive for the crowning of the Brandenburger. This is the reason why Burg Altena was held to be the family castle of the maternal line of the Prussian royal dynasty. Initial reconstruction plans under Frederick William IV failed in 1835. In 1843-54 he did however have the castle hill redesigned to become a park by the royal garden director Maximilian Friedrich Weyhe and his son. From 1907 onwards a dispute took place at national level about the "reconstruction" of the castle on the occasion of 300 years of association of the County of Mark to Prussia. Emperor William II settled the dispute to the advantage of the "castle builders" who expanded Burg Altena to become a Prussian monument. 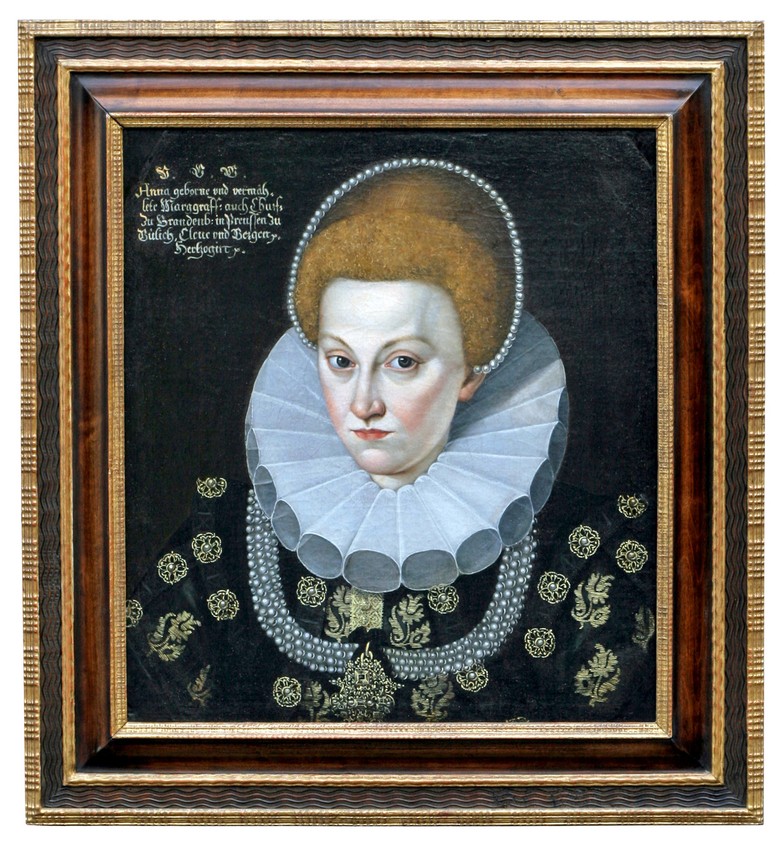 Anna of Prussia and Jülich-Cleves-Berg (1576-1625, married to John Sigismund, Elector of Brandenburg from 1594), 17th century, oil on canvas 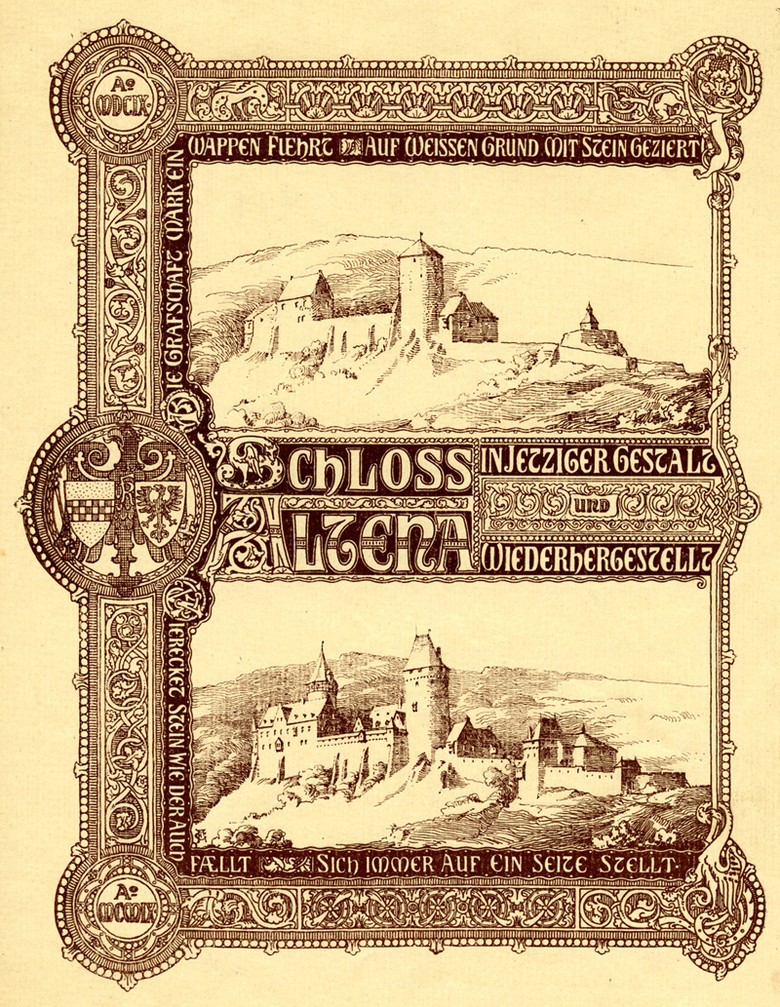 "Castle Altena in Current Form and Reconstructed", Georg Frentzen (1854-1923), 1907, printed pen drawing from the appeal for funds for reconstruction of Burg Altena