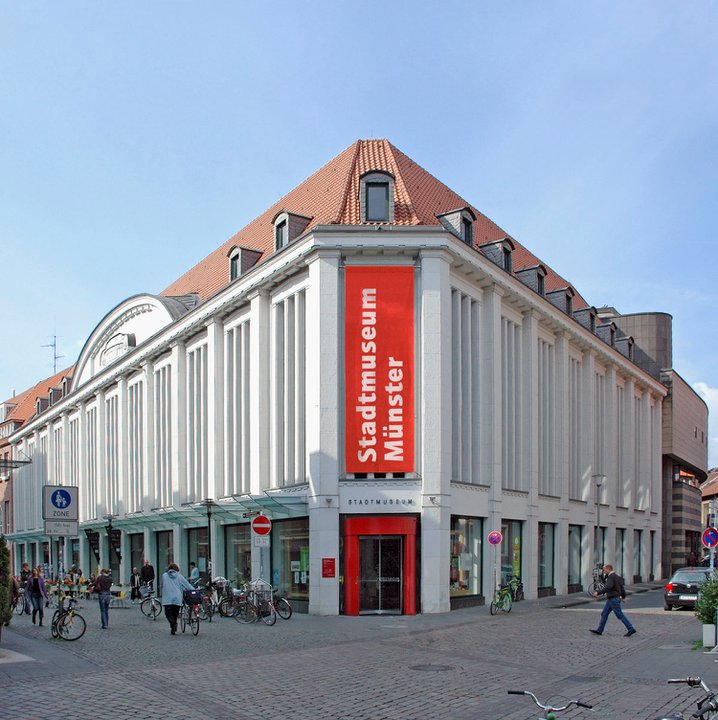 Ice cream parlour in the building

The Alter Steinweg car park can be reached from the north via the B54, the Steinfurter Straße and then via Münzstraße, Voßgasse and Bült. Coming from the east, drive to the car park via Warendorfer Straße and Mauritzstraße. The car park located next to the "old" Kiffe pavilion is one of the newest and most popular car parks in Münster thanks to its highly central location right in the middle of the town.
390 parking spaces
4 handicapped parking spaces
On foot to the town museum: approx. 2 minutes

Over 1,200 years of municipal history are displayed across 2,500 square metres in 33 display cabinets. The collection is arranged chronologically from the beginnings of Mimigernaford in around 793/794, the end of the Prince-Bishopric of Münster at the start of the 19th century and the incorporation into Prussia until contemporary times. A variety of municipal and architectural models demonstrate that Münster's history was also always reflected in its topographic development – whether this was the settling of mercantile traders and craftsmen in the area of the Prinzipalmarkt or later establishment of the first industrial companies at the harbour. Each display cabinet is dedicated to a special topic such as the Anabaptist rule, an epoch such as the Prussian era or cultural-historic aspects. e.g. the Send in Münster.

References to Prussian history are also focused on in the exhibition.
The Princely Bishop's castle was constructed from 1767 to 1787.
The Prussians occupied the region in 1802; it then lost its sovereignty in 1803 due to the secularisation. Münster finally became completely Prussian in 1815. Upon foundation of the Prussian Province of Westphalia in 1816, Münster became the location of many civil, judiciary and military authorities. Münster was also an important garrison town as the main town of the province and simultaneously headquarters of the General Command of the VII army corps. In 1903 Emperor William II gave his name to the re-established university. From 1870 to the outbreak of World War I Münster developed to become a city; immigration also made the incorporation of districts necessary in 1875 and 1903. A modern infrastructure was established with a central water provision system and canalisation, gas and electricity works, trams and waterway navigation via the Dortmund-Ems Canal. 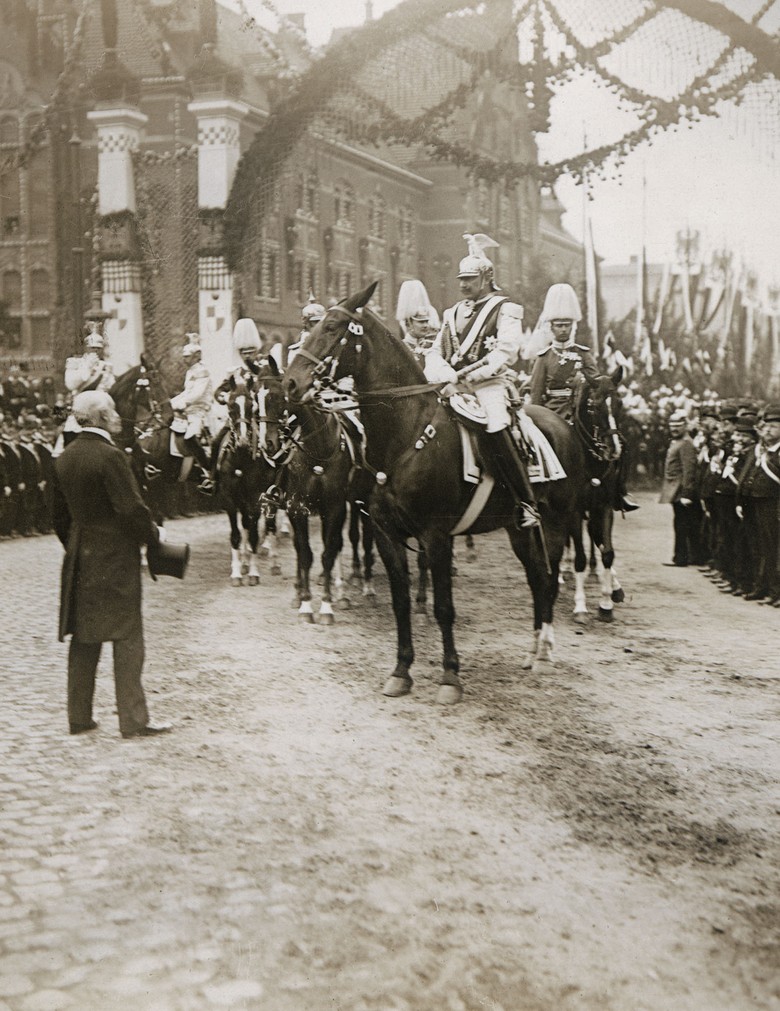 Visit of the Emperor to Münster, 1907, postcard, Stadtmuseum Münster 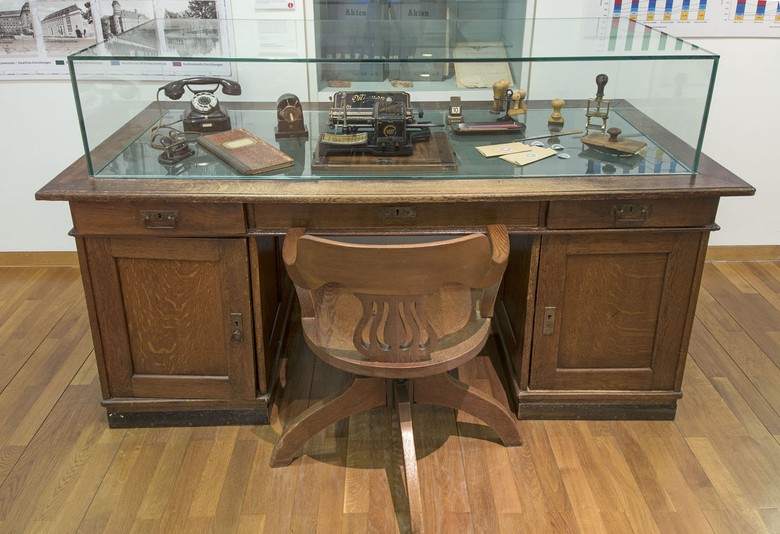 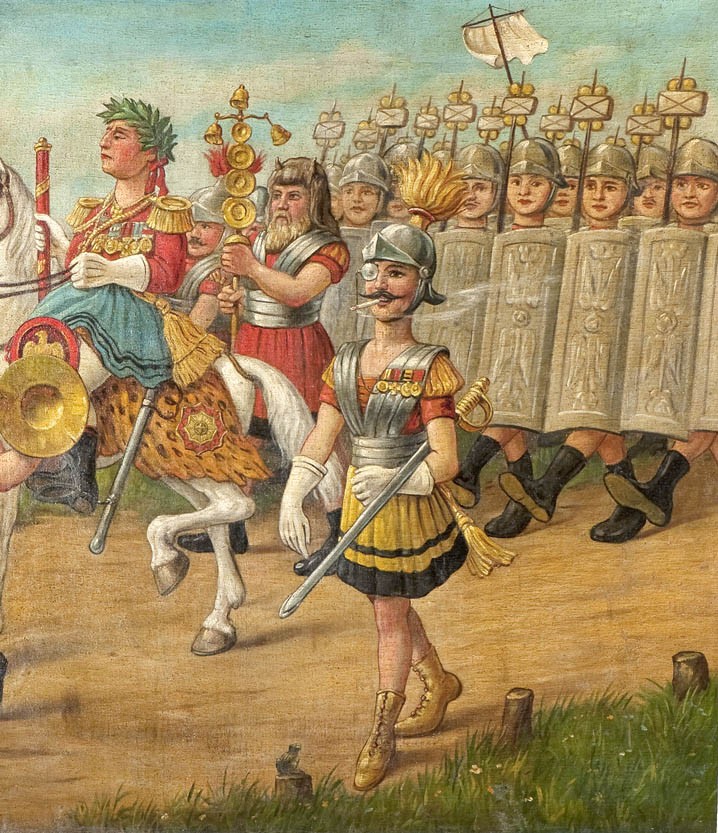