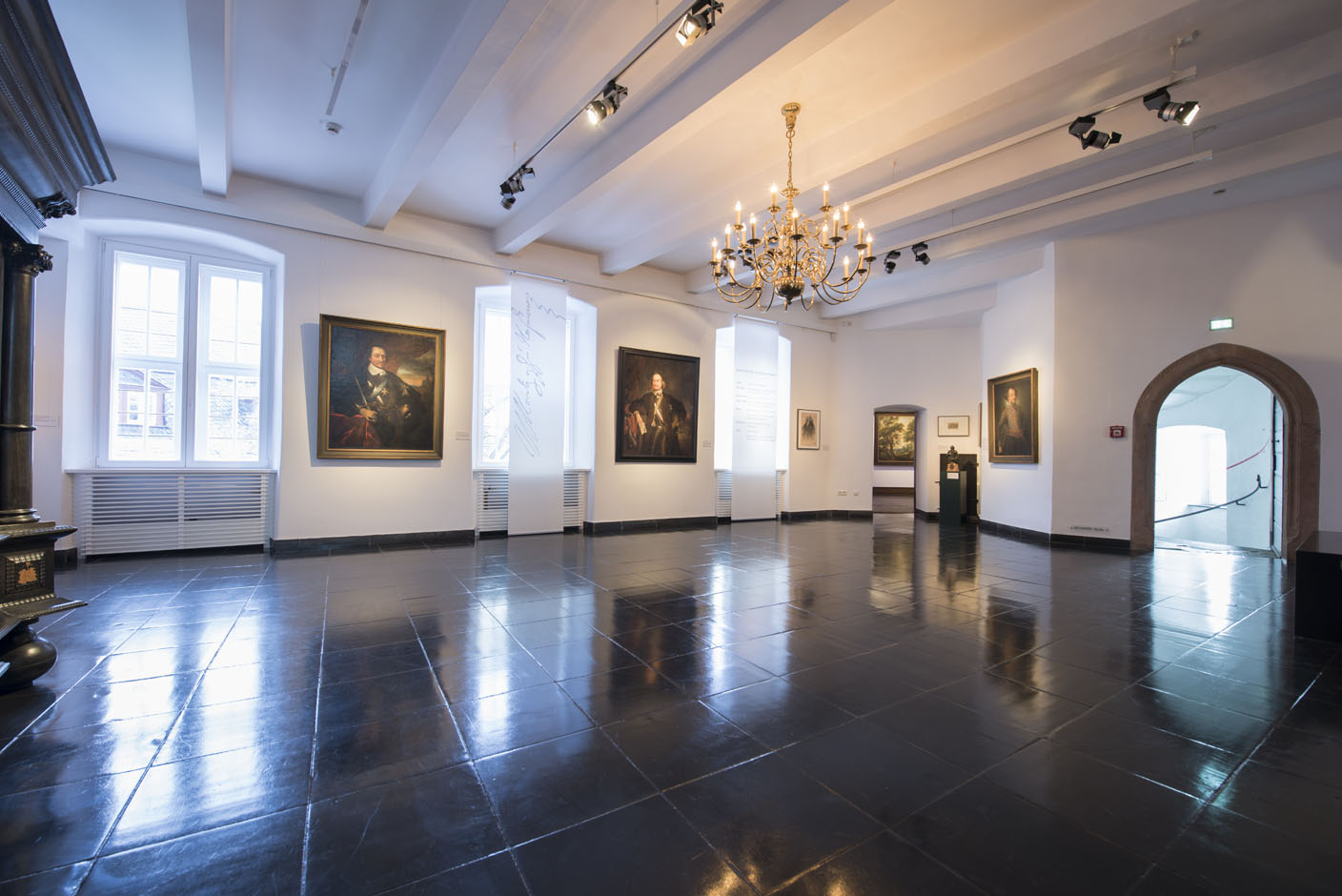 Parking possibilities directly in front of the facility – Hasengarten car park, also with one bus parking space, other car parking nearby

From Siegen railway station with routes L 105, L 106, L 107, L 123 and/or the "Hübbelbummler" [nostalgic bus] to the Siegen-Rathaus stop. From there 5 minutes on foot towards Nikolaikirche/Burgstraße

The Siegerlandmuseum is located in the most important architectural memorial of the region, a castle complex first recorded in a document in 1259. The stone building, that from 1224 was in the possession of the Archbishop of Cologne for almost 200 years as joint-owner of the town and castle, is located next to the timber-framed construction complex, the Grafenhaus, formerly residence of the House of Nassau. After 1623, when the small state was divided between the sons of John VII, a second sovereign residence was constructed, the Lower Castle as the family home of the Protestant line of the Nassau-Siegen family. The Catholic line of the family resided in the Upper Castle until 1743, after which the complex was used as a place of work for administration officials, an orphanage and from 1905 onwards by successive museums.
The permanent exhibitions of the museum are divided into five departments. Iron production and processing formed the foundations of the regional economy for a period of around 2,500 years. Work below ground is simulated in a visitor's mine. The Royal Prussian Mining School (1815-1854) played a particular role in this respect. Furniture from the 18th and 19th centuries and an urban history department (www.zeitraum-siegen.de) are located on the top floor of the complex. The Flemish Baroque painter Rubens was born in 1577 near to the Upper Castle. The museum presents his work in the form of large-scale paintings and an extensive collection of graphic works. The former Counts of Nassau-Siegen had close connections to the Governors of the Netherlands. In addition to William I of Orange, the "father of the fatherland" of the United Provinces of the Netherlands, John Maurice of Nassau-Siegen also has an important role in the collections. The great nephew of the "Schweiger" held among other posts the position of Dutch Commander of the fortifications on the right banks of the Rhine and Brandenburg Governor in the towns of Cleves, Mark and Ravensburg. 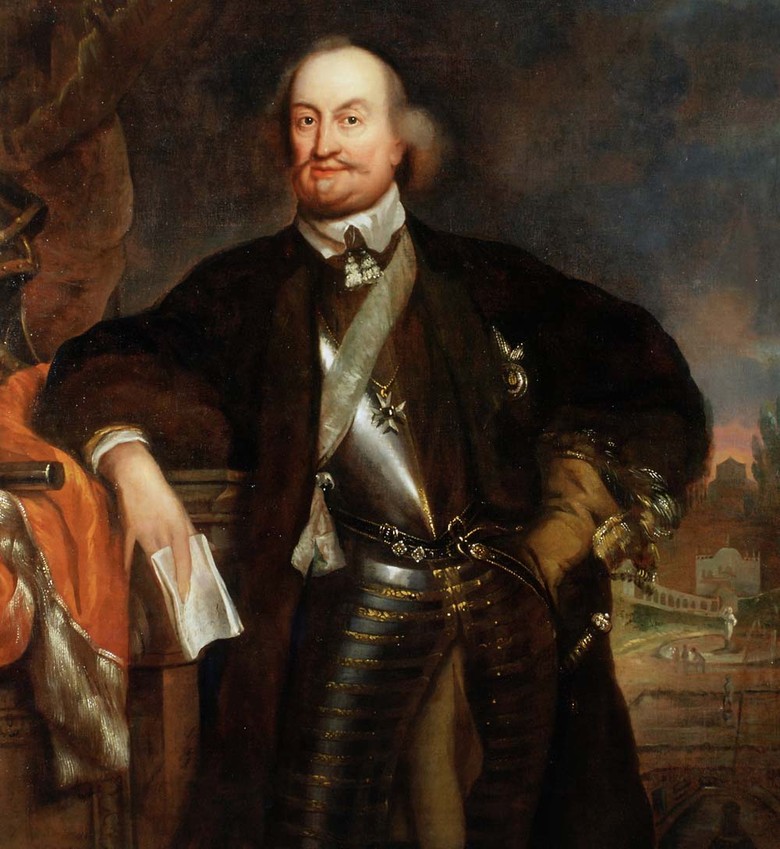 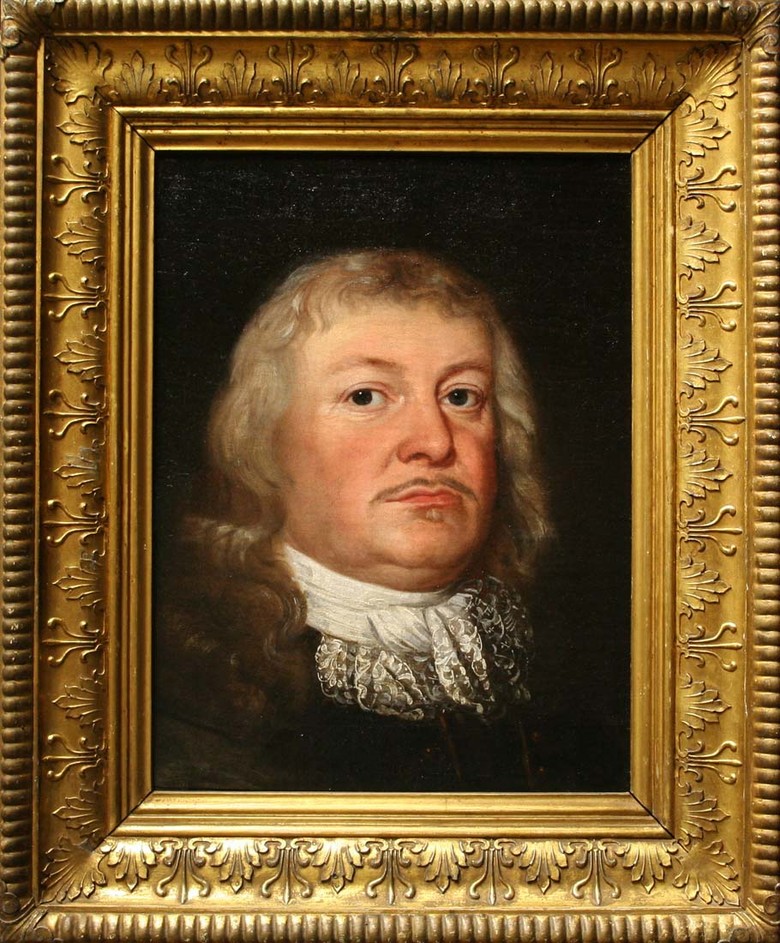 Anonymous. Frederick William of Brandenburg, known as "The Great Elector", oil on canvas 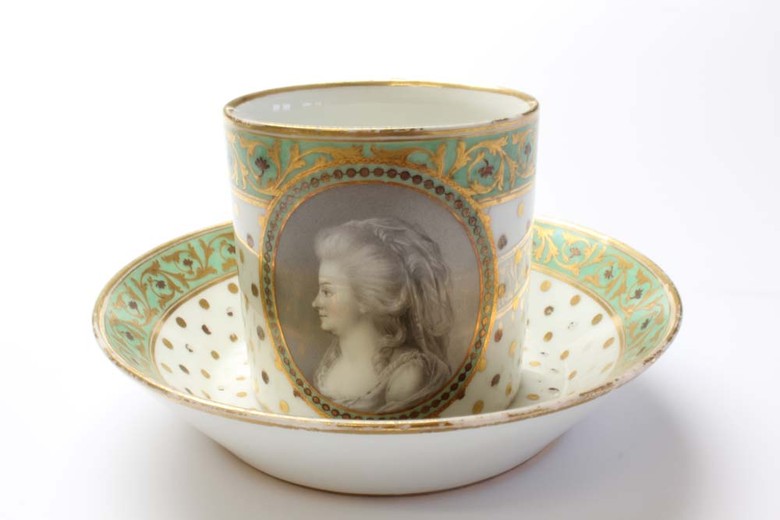 Cup with a portrait of Friederike Sophia Wilhelmina of Prussia, the wife of William V of Orange, porcelain mark KPM, underglaze, 1780/1800