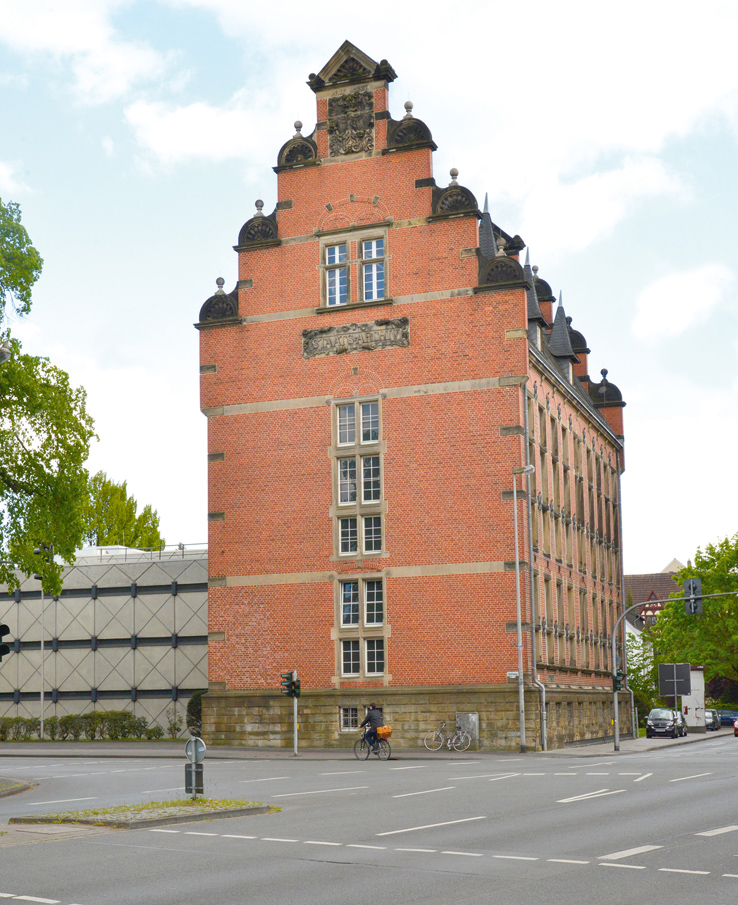 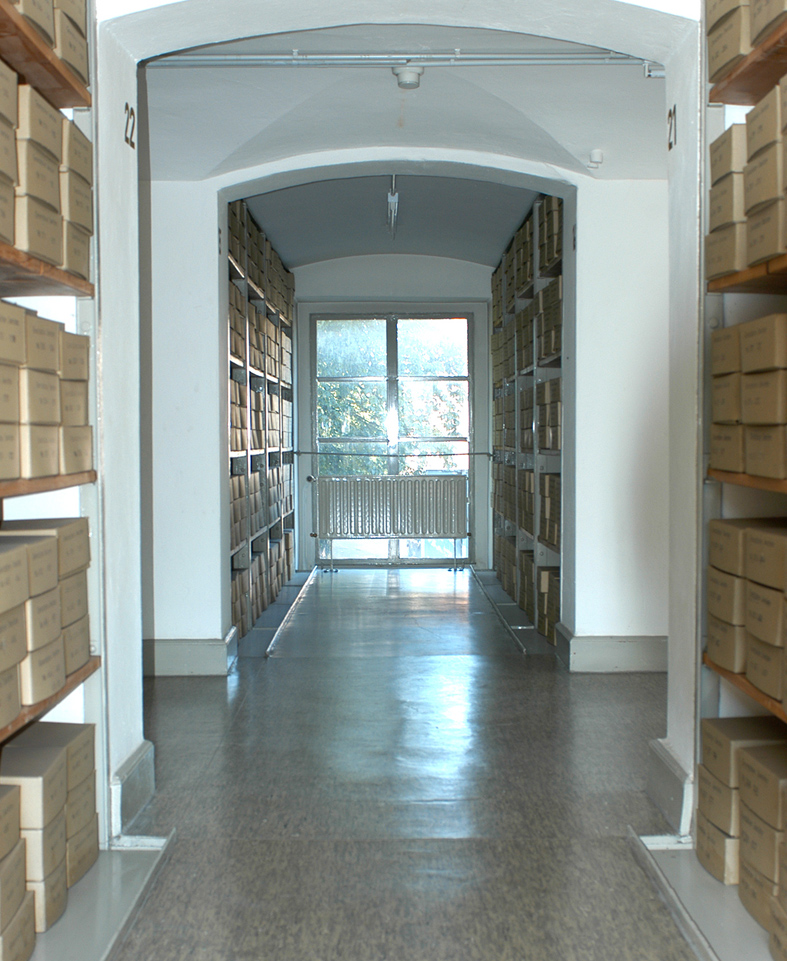 Tours through the Prussian repository building are possible at any time subject to agreement.

Coffee, tea and a selection of cold drinks and sweets are available at the gate.

On the car park behind the building

Per foot from the station requires around 15 minutes
Town bus routes 4, 17 and R51 to the "Hörstertor" stop

The history of the Abteilung Westfalen of the NRW State Archive begins in 1829 with its foundation as a "Royal Provincial Archive" for the new Prussian Province of Westphalia. This entity gathered together the archive holdings of the dissolved old territories and the secularised abbeys to protect them from loss.
The Prussian administration implemented in 1815 proved to be extremely durable – after several decades their old files were then archived in the building that in the meantime had gained the title of "Staatsarchiv Münster".

In 1889 the archive relocated from Domplatz to the town peripheries in Bohlweg and a spectacular new building: for the first time in Prussia the separation of administrative building and repository was implemented in the form of two building sections connected by a stairway – this was a major step forward in a time that was continuously exposed to fire risk. As with other Prussian authority buildings from this era, the new archive was highly prestigious and a real "eyecatcher" in the Neo-Renaissance style.

Old Empire to 1802/03:
Deeds, files and maps from the Prussian territories of the County of Mark with Lippstadt and Soest, the principality of Minden, the County of Ravensberg, the town of Herford and the Counties of Tecklenburg and Lingen

Intermediate period 1802-1816:
Files of the Münster and Paderborn hereditary principalities 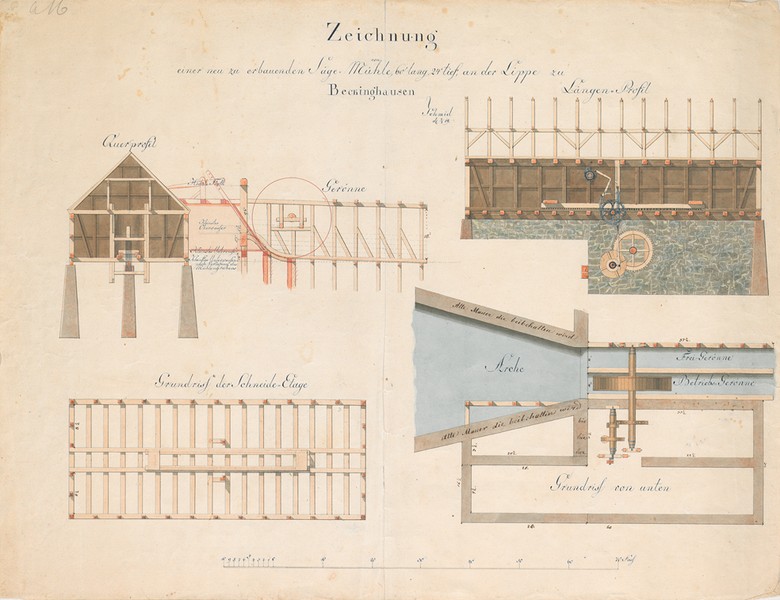 Design for a new sawmill in Beckinghausen an der Lippe (near Lünen), 1819 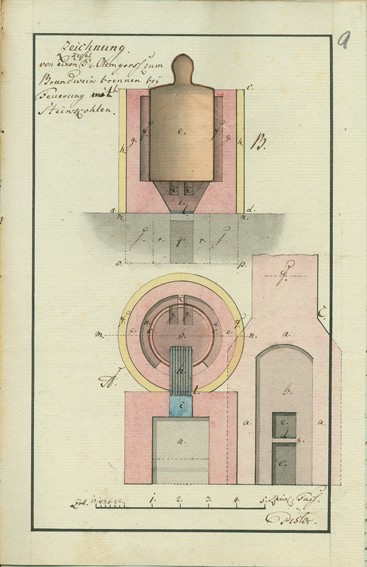 Pot for distilling brandy with coal-firing, 1815